This passage deals with the need for correction in Corinth, the sending of Timothy, and Paul's willingness to correct serious problems in Corinth.

There are people who are "puffed up" with their own self-importance. The key issues raised thus far in 1 Corinthians come to the fore here again. In the sermon, we emphasize Paul's mention of "words" and "power" which needs to be taken in context. By "words," Paul means using lofty rhetoric and human wisdom to inflate one's status and gain a following. We review 1 Corinthians 2:1-5 where "words, wisdom, and power" were addressed in the context of Paul's message which some questioned. Paul's "words" were "Jesus Christ and Him crucified," which he defined earlier as the power of God.

This means the power to redeem dead sinners and make them part of the family of God. These "words" are not inspirational speeches to motivate people to get excited about religion, but power to totally transform lives through the power of the Holy Spirit. The rhetorical skill of some false teachers causes them to be inflated with their own religious status compared to others. The other key part of this section and our sermon based on it is what Paul means by the Kingdom of God in its present reality. He says it does not consist in words but in power. This is an important topic and we spend considerable time exploring the truth of the kingdom of God in its present reality and future promises. The applications part of the sermon deals with this as well. 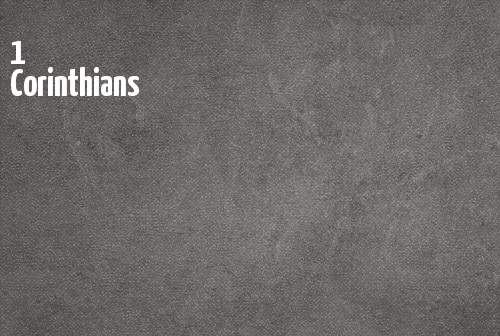 Present Dishonor For the Apostles: 1 Corinthians 4:11-13

The Corinthians: ‘Reigning as Kings’; The Apostles: A Spectacle to the World